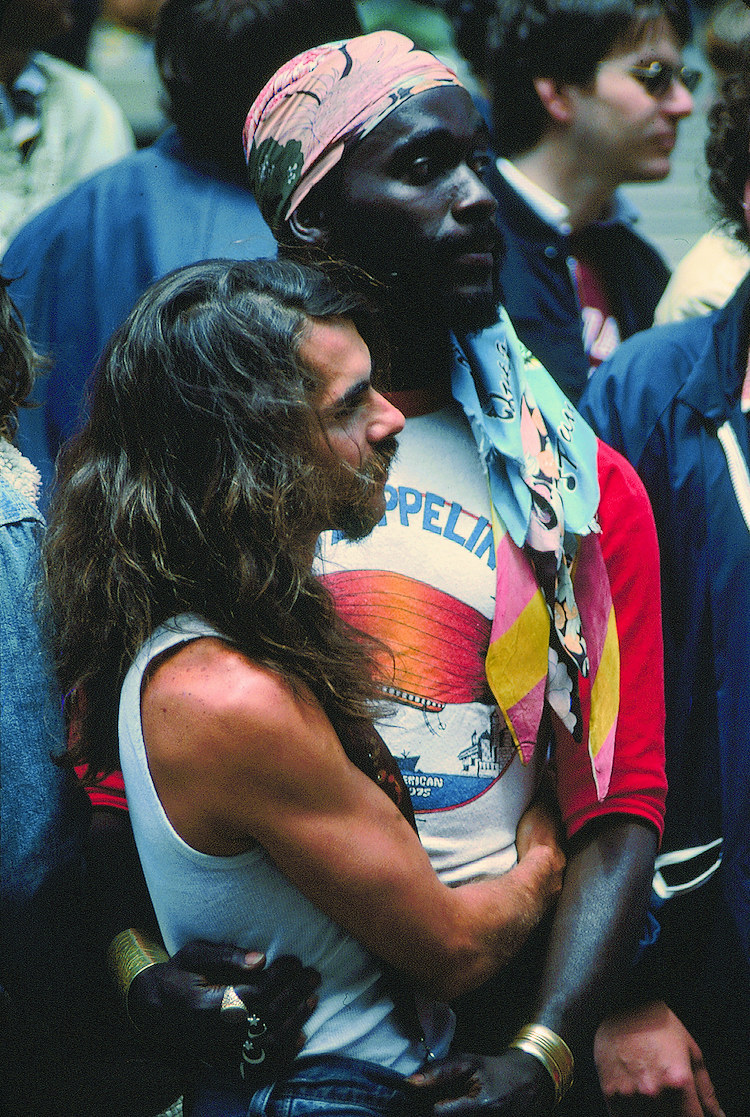 This was originally meant to be published in July for pride month, but it didn’t seem right to take space away from the cultural conversation around BLM and the ongoing fight against State violence inflicted on black people when it was finally getting the attention it deserves.

Every Queer person I know has at some point made a comment, half-joking, half wistfully longing, about just grouping with their friends and going off and starting a commune together. I certainly know I think about it more and more. To go and find a place where we can just live together, away from 9 to 5 wage labour for sustenance and away from constant heteronormative expectations.

It can be quite difficult To articulate why queer people naturally group together, especially since, in my country at least, society is largely accepting of my homosexuality now. The best way I can explain it is that queer people, those who do not conform to the prevailing ideas of gender, sexuality or relationships, begin to unlearn a lot of the subtle and pervasive assumptions that compHet, binary gender assumptions and toxic monogamy culture inject into all interactions. I really can’t stress how much these things influence everyday interactions in ways you wouldn’t even think of. There’s even the subject of how being queer changes your perception of time because queer people dont have the typical markers of life stages heterosexual people do.

The places queer people have built for themselves

Queer people have for the reasons stated above, always congregated together and formed communities, and as a result, physical centres of queer life has formed. Most large cities have had ‘gayborhoods’ unofficial and sometimes even officially recognised. The classic and most well known would be the Castro in San Francisco.

The high concentration of like minded LGBT people made it a safe location to to be openly queer, be it in a same sex relationship or gender nonconforming. Over time this places also built infrastructure: Bars, LGBT+ focused community centres, archives and businesses.

These places were not, and are far, from perfect. Many queer people of colour faced a large amount of racism from those that should have been siblings in these places, and trans people have often been an after through in places that focus more on Cis homosexual needs first.

These place are also not immune to the waves of gentrification. The vibrant cultural engines of creativity queer neighbourhoods produce tend to attract the property development industry, who in turn proceed to gentrify and sanitise the area, pricing out the LGBT+ people who gravitated towards the area.

What’s less talked about is actual rural communes and planed communities made by queer people in locations thought to be more hostile to them. Often quietly tucked away these places are not well known like the big city gaybourhoods.

Normally you have to know someone from these places to find them as they tend to exist in locations not known for acceptance. A lot of them were Started by the radical fairy movement, A secular spiritual movement started by queer people radically rejecting societal and religious norms founded in the 1960s. The movement takes a lot from modern paganism, anarchist philosophy and environmentalism, and seeded many small communes over the US.

It is at this point we need to talk about the idea of queer liberation. Queer liberation is a model for LGBT+ rights that instead of the integrationist model popular in-modern liberalism does not wish to see queer people integrated into existing societal structures but to be free of them. A good example of them would be the fight for marriage equality.

The fight for marriage equality was a central Tennant of the gay rights movement for a long time. The thinking goes that if straight people can have their relationship officially recognised by the state, and therefore accessing all the shared rights and benefits our society affords married people, then homosexual couples should also have that same right.

However, an alternative view could be to question if marriage itself should have this legally privileged position above all other configurations of possible human relationships. Why is the monogamous lifelong pairing of two people, primarily to solidify the nuclear family model, pushed as the default to be aspired to?

There has been an interesting debate that fires up every pride month as to whether drag queens and leathermen should be visible at pride, Although since RuPaul’s drag race has made drag into a commercially profitable cultural phenomenon it now seems to be focusing purely on the leather community.

What is interesting is the calls for leathermen to be silenced and excluded from pride events seems to stem largely from the younger generation, who feel this prevents pride from being ‘family-friendly’ and disrupting the assimilationist message, despite the Leather community being once of the central pillars to raise funds in the hight of the AIDS epidemic and politically agitate for positive change that brought those youngsters the greater societal acceptance they now enjoy.

Campaigner for trans rights in the medical field Jack Holroyde had this to say about his experience when taking part in a talk to the physio care industry:

“In the UK we had a big pivotal moment where the PM at the time David Cameron gave a speech in front of the conservative where he stated ‘I am not in favour of gay marriage in spite of being a conservative, i am in favour because i am conservative’ he was pushing marriage as a concept. That line was fed to him by gay rights campaigners who workshopped ways to make the idea palatable to a conservative government. What this meant is we sold the idea of LGBT rights on a picture of a white, blond, male couple adopting children and living like a heteronormative couple and the results we have seen in the last ten years is a huge amount of pushback against non-conforming LGBT groups, and trans people have been a victim of that.”

What has proven interesting is the change in the 2020 pride season. Officially pride 2020 was cancelled because of the coronavirus, however, serval marches went on in that month. These marches centred the messages of black lives matter and trans rights. There was no corporate-sponsored floats or arguments about who gets to be visible in pride. It was people marching together to challenge oppression in the system. It felt like a much-needed return to political action instead of a celebratory parade. Many online started dubbing this “LGBT wrath month” and there seemed to be a growing consensus that this is what pride should remain going forward.

So what would a Vision of queer Solarpunk look like? For me, it would take a lot from the already existing queer communes. I would hope that as we enter a solarpunk era that it would be a society that has the freedom that comes of rejecting binary gender expectations, rejecting sex-negative attitudes, rejecting toxic monogamy culture, rejecting body negativity and embracing self-expression and intimacy.

The autonomy inherent in a community that produces its own power and makes its own food such as is often envisioned by solarpunk would further free a community from outside pressures that currently create the systemic repression of all these things. Housing could be built to accommodate the needs of polyamorous partnerings. The apothecary model, which I wrote about previously, would mean trans people could begin transitioning without having to deal with with the gatekeeping of a cold and often ignorant medical system.

The question would be if these values became commonplace would there need to be a specific place for queer people? If people could move into any neighbourhood and be confident they could openly hold hands with their same-sex partner in public, transition gender without fear of rejection or violence, then what need would there be for queer centres of life?

I honestly don’t know, but deep down in my soul I actually hope there would be. Being part of the queer community gives me a tribe, a shared history and connection to other people sorely lacking in a highly alienated capitalist society. And maybe that shared history might be enough.

So I am going to keep dreaming of my Queer solarpunk neighbourhood, where neon-lit gay-bars sit opposite the permaculture food Forrest park. Where the local sewing club show newcomers how to make vibrant and colourful gender-neutral clothing in the communal workshop. Where the lesbian cycling gang run open bicycle maintenance classes and people of every sexuality and gender can express themselves fully in an ecologically harmonious city.

This blog is reader-supported so If you like what you just read, toss a coin to your blogger: