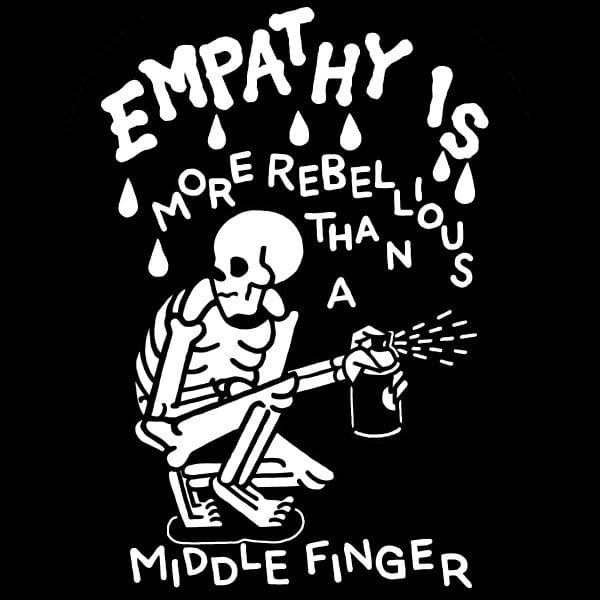 “where’s the punk in solarpunk?” is such a common question to be asked when trying to explain solarpunk. Often it is asked in earnest puzzlement, and sometimes it is asked in a rather pointed tone, inferring the asker doesn’t believe it deserves the suffix of -punk.

This is a bit of an oversimplification and a stereotype of the values of the original punk movement. Whilst the art produced by the punk movement displays deep anger at society, it is justifiable anger at the injustices society harbours. Below this are often values of rejecting consumerism, rejecting unjust power structures and imposed gatekeeping on artistic expression.

But the modern-day culture serves up violence as entertainment, and the act of performative rebellion is too often easily reclaimed. The prevalence of stores like Hot-topic show how easy the aesthetics of rebellion can be commercialised and sold back to us stripped of any real challenge to the status quo.

Solarpunk centres a different kind of rebellion. It is not only a rejection of the systems and power structures of our current society but a path to building alternatives.

In a society where gritty nihilism and gim-dark is fed through mass media to people solarpunk says no, its time to envision a change for the better.

In a society where snark and irony are king Solarpunk says no, kindness and earnestness are better.

In a society where we are taught to use and discard solarpunk say no, we grow and reuse.

In a society where we are indoctrinated to see ourselves only as consumers, solarpunk says no, we are all creatives.

Solarpunk’s rebellion is against the dominant narratives and baseline assumptions we are fed all our lives by the systems of our world. It frees us to first imagine the ways it could be different, then pushes us to create those changes.