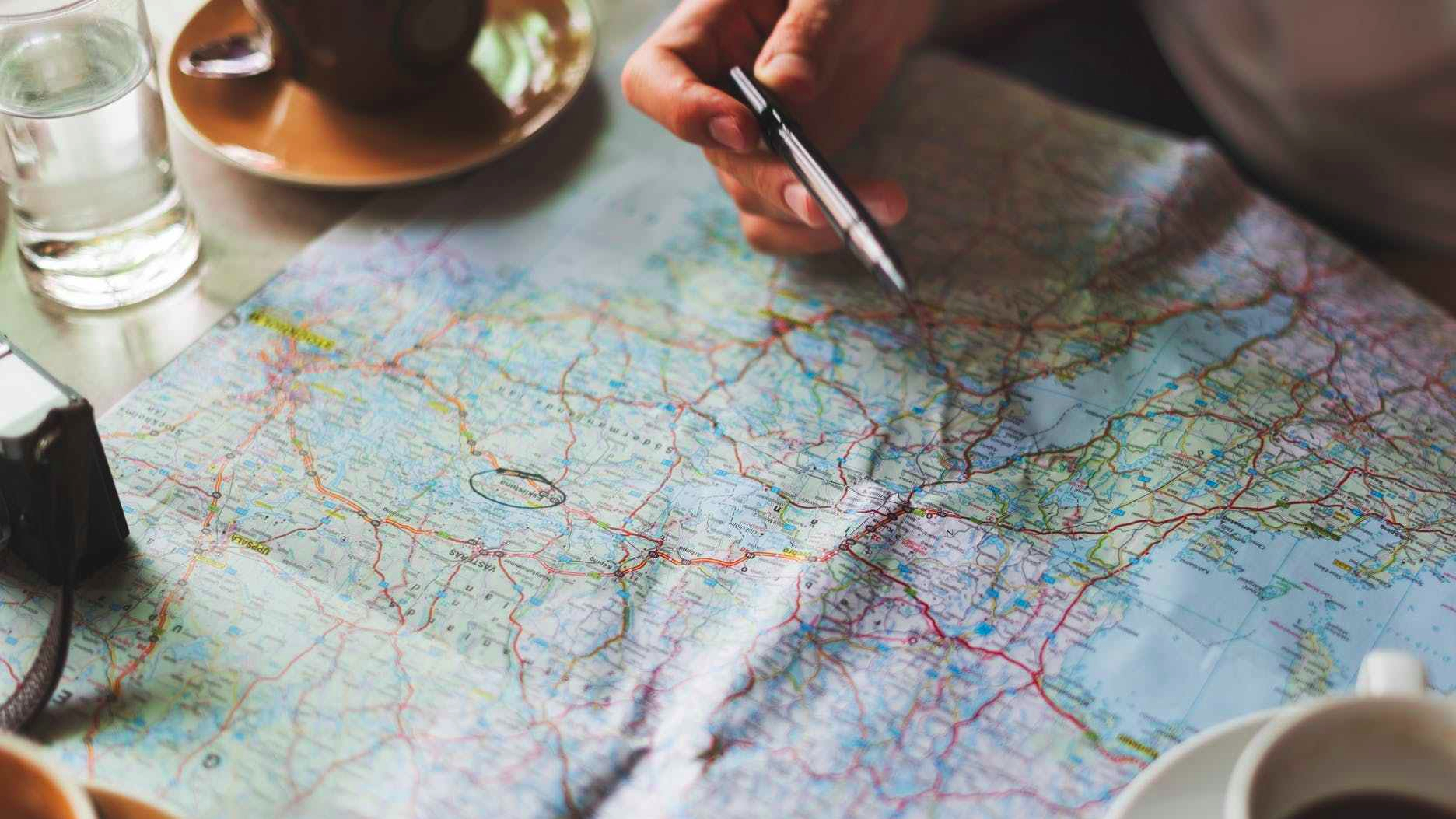 Air travel is almost unparalleled in the environmental damage it inflicts. The fuel consumption taking a single flight can wipe out years worth of ecological living. Yet the idea that we may have to end air travel to save the planet makes me incredibly sad.

Travel broadens the mind they say, And there is such a truth to that. Being able to meet people who live in different societies gives us a greater perspective on our own. Seeing wonders and unique places, both natural and historical, gives us greater spiritual enrichment. Visiting new people and places can change our world view in profound ways.

So can we imagine a sustainable world that still allows for globe-spanning travel? Can we still have the joys of seeing long-distance friends? Can we still venture to new places and see new sights? Well, this is a Solarpunk blog, so the answer will be yes! But it will come with caveats.

Firstly, we probably won’t have the expediency of travel we do today. Being able to cross the Atlantic in 8 hours, or the entire world in 24, won’t be possible. That sort of speed and convenience will have to be sacrificed. However, I don’t feel that would be an entirely bad thing. Right now jet travel is universally recognized as unpleasant. Crammed like sardines into tiny uncomfortable chairs for long periods of time. The journey is currently something to be endured before the real fun of travel can be enjoyed. If we are talking about longer style travel, then a return to a better level of comfort will be needed. with that, The journey really can become just as important as the destination.

The rich have always been able to travel, and in the late 18th and early 19th century, this peaked with railways and cruise-liners, all which put emphasis on comfort for long travel. This is because a person who does really have to work can plan for long sections of time to be away. In contrast, the working classes, once things like time off work became a secured right, only could take time away measured in days and at most 1 or 2 weeks. This leads to the necessity of super-fast travel to make the most of this time.

The world I want to work towards is one where Work no longer has the stranglehold on peoples lives it does now. The logistics of this will be a subject I will cover in another article, but for now, It is enough to know I think people should be able to take much greater time away from work.

Trains are a wonderfully civilized way to travel.  Currently, in the UK, I can go between any major city, London to Edinburgh takes about 4 hours. I can also travel internationally using the Eurostar. I can go from London to Paris, Brussels or Amsterdam in about 2 – 4 hours. The UK’s rail infrastructure isn’t in the best shape by any means after years of neglect, underfunding and being gifted over to corporate monopolies; focuses purely on city hubs, letting infrastructure age and crumble and leaving low population branch-lines to suffer. If a country has a well funded and well-planed rail system it can be wonderfully transformative.

Photo by SenuScape on Pexels.com

The US Has had many proposals  for the ‘US high speed rail network’ that have never came to fruition, with one of the latest proposals being discussed here. This could be an amazing leap, being able to travel cheaply and comfortably across such a vast nation in about a day.

Trains would also be relatively easy to make very eco-friendly. There is already a fully solar powered train in Australia you can watch here and as most trains are already electric powered, fitting out the infrastructure with clean energy supplies would be easy.

Imagine it: It’s time to see your family/friends who live across the country, so you get a ticket for the cross-national train and suitcase in hand turn up at the station one afternoon. You glide through, so glad you don’t have to deal with security and baggage handling and long boarding times like those awful old airports used to have. You walk through the platform to the sleeper car, where you find your allotted cabin. As the train pulls away you finish stowing your luggage under the bunk. You first try the entertainment car, they have live music, but you find you don’t like the band, so you opt to spend time up on the observation deck in a comfy chair instead. you have options to pass your time. Looking out the big clear windows as the sun sets on the beautiful scenery, noting how it changes so drastically as you speed across the nation. As the sun sets you go to the dining cart for a good meal. You turn in for the night. Next morning you shower and grab a light breakfast from the continental buffet. As the train pulls in to your station you grab your suitcase and step off refreshed and ready to see your loved ones.

The question has passed my mind; Could you make a cross Atlantic train? It would certainly solve the big issue of travel across oceans at speed. However, It would be a massive undertaking. The channel tunnel between England and France was an engineering marvel and it would be only a fraction of the size need for a track between continents. However, it would solve a lot of the major problems of boat travel.

Travel by boat is complicated on the eco front. Whilst it doesn’t have the immediate impact of air travel, it has its own problems. Powering and managing cruise-liners, which are essentially floating cities nowadays is an ecological nightmare. Not to mention the drastic effect their noise pollution has on marine life. This isn’t even touching upon the damage commercial shipping is currently doing. If we are to have ecologically sound long-distance boat travel and infrastructure we are going to need to rethink things from the ground up. The Solapunk Station blog recently wrote a good article about these challenges and solution in returning to wind-powered models.

Photo by Matthew Barra on Pexels.com

Let us start with the base advantage of size. If you remove some of the more useless items from cruise ships, say, in-ship shopping malls, and replaced them with something useful, say, hydroponic food farms, you can begin to neutralize their resource demands. Maybe even make them a self-contained community ecosystem. If a way to have the propulsion system both run fully off self-contained renewable and reduce the noise pollution. It could be a hybrid system, that uses traditional wind sails in favorable conditions, and adds electric motors when needed.

Dirigibles are largely seen a steampunk’s territory. A bygone technology who’s era passed before it could reach its fullest potential. Well, Solarpunk could be what is needed to truly bring this romanticized transport method back to prominence. Current designs for Dirigible airships already use about 80% less fuel than jet engines, and in good conditions could travel between the UK and the US in about 2 days. If the propulsion system could be replaced with a non-combustion system, say an electric system, this would become a near-perfect air-travel method. Still faster than boat travel but great when you need to get about between countries. If a solar array could be attached as the top of the ship then theoretically it could stay aloft for months at a time. Sometimes we need to take a few steps back to go forward, and bringing back airships would be a perfect example of that.

Photo by Mike Bird on Pexels.com

Currently, commercial aviation industries are working towards Electric jet engines. Most of these are hybrids that still only reduce amounts of fossil fuels, but it could conceivably lead to fully electric jets engines. Now After an entire article where I focused in on how much better slow and comfortable travel is than the current model of jet planes, a model consisting of enduring its traveling conditions rather than enjoying them, I am struggling to enthuse myself on this idea. That, however, doesn’t mean it won’t possibly have its place in travel infrastructure. There will always be a need for the fastest possible travel. If someone you care about is critically hospitalized or some other form of emergency happens, then your going to want to travel in hours, not days. I do think however that it shouldn’t be our main form of cross country or international travel.

The benefits of mass travel are good for the soul and human understanding. We can know friends with lives and experiences so different from ours. We can see the beauty in the world that would be closed off to us without long-distance travel methods. This isn’t to say there aren’t problems with the current structures in the tourism industry. Too often the homes and lives of the locals of big destinations are wiped out or displaced to make room for carefully curated resorts offering carbon copy, bland experiences. The same strip-mall aesthetic dropped into a new location, walled off from the real lives of the communities around it.

So what I will say is for travel to be solarpunk, it can’t just be the technology used. It is also about traveling for the right reasons. To gain new experiences, to meet new people, to gain a greater understanding of other cultures. It’s traveling with the understanding you should act like a guest in other peoples communities.

This blog is donation supported and does not use ads or data harvesting. Please consider donating if you liked my work:

One Reply to “Solarpunk Travel: Traversing The World Without Destroying It”